My humans are tucked up in bed fast asleep so now it’s my turn to get on the jolly old computer, thank goodness they took to Feng Shui and placed the computer away from their bedroom so they will never know about my special talent, blogging. I never understand why humans need a special place called a bedroom to go to sleep in because if I feel tired I just curl up on the nearest comfy thing and snooze to my heart’s content.

Who am I? My name is Topazia but that name is only used when I’ve done something wrong, in my humans eyes that is because in mine I never do anything wrong and that includes chasing the cats, that should be in the “Cats Exercise” programme and I should be given extra praise taking on this arduous task. However I’m pleased to say that most of the time I get called Toppy or Tops. The male human pointed out that Tops is spot spelt backwards and as the female human is always going on about tickling my pink spotty belly, something I really do enjoy and it never seems to last long enough, perhaps that’s why they call me Tops. Who knows, just what goes on in the mind of humans is a mystery to me.

I came to live with my humans when I was a little puppy that must be about nine years ago in human terms. I trained them quite quickly and they were soon jumping to my every beck and call.

Take a look at the photo of me that I found on the computer, my female human is always pointing the camera in my direction and clicking away.

Right, back to the game of “Catch me if you can”, this is something similar to the “Come out and bark with me” game so I thought I would put both on one blog. The “Catch me if you can” game is normally played in the morning.  I take my humans out for their early morning walk and on arrival home, something tells me that skulduggery is a foot, or in my case skuldoggery, sorry just a bit of dog humour. Ummmmm I thought, has the V word been mentioned between my humans whilst out on the walk. I don’t like the V word because it means that I’m unceremoniously shoved into the back of the car and driven off to the Vets where they proceed to do unspeakable things with a thermometer. My female human says in all innocence “Here’s a treat Toppy” and just as I’m about to give in the hairs on my back stand to attention indicating that something isn’t right. I back off but then smiling the female human holds out some very tasty morsel that I just can’t resist and she says in the sweetest and most innocent way “Toppy Treats”.  I sit, well I do know my manners, but I stretch my neck out as far as I can and lip the titbit from her hand and then as quick as lightening I dash off down the lane.  I normally win this game.

The “Come out and bark with me” game is quiet new and I must say I wouldn’t have invented it if it had been winter. I like laying in front of the wood burner on winter evenings warming my pink spotty belly. Well it’s summer now so; the game commences by me laying on the front door step outside in the balmy evening air. When my humans want to go to bed they open the door and ask for the umpteenth time that evening if I want to come in.  Now is the time to start the game. I look at them and then walk slowly down the patio barking. The idea is for them to come out and bark with me, group howling is very good for linking us together. Sometimes they come out but don’t bark and sometimes they just close the door and go to bed. Ah well they may get it sometime and then I can say that an old dog can teach its humans new games.

Better close now as I think I can hear my humans stirring, be back again with more tales of my humans, oh yes of Bonny too.

4 thoughts on “The catch me if you can game!”

Please pop over to my other blog at …… 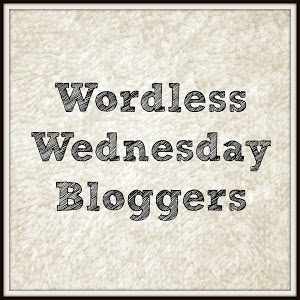 all that is glorious about Portugal

4 out of 5 cats recommend this WordPress.com site

Picnic at the Cathedral

Cultural travel on a budget

Helping you plan your perfect trip to Portugal

| The beautiful art of film photography |

Exploring the world of film photography

Where an amature cook and a recipe collide.

Get some good food. Cook it. Share with friends. Have a cocktail.

Photographing the rainbow of life

Posting the information not easily found

Chances are there is a great place to discover just around the corner. Love your local...